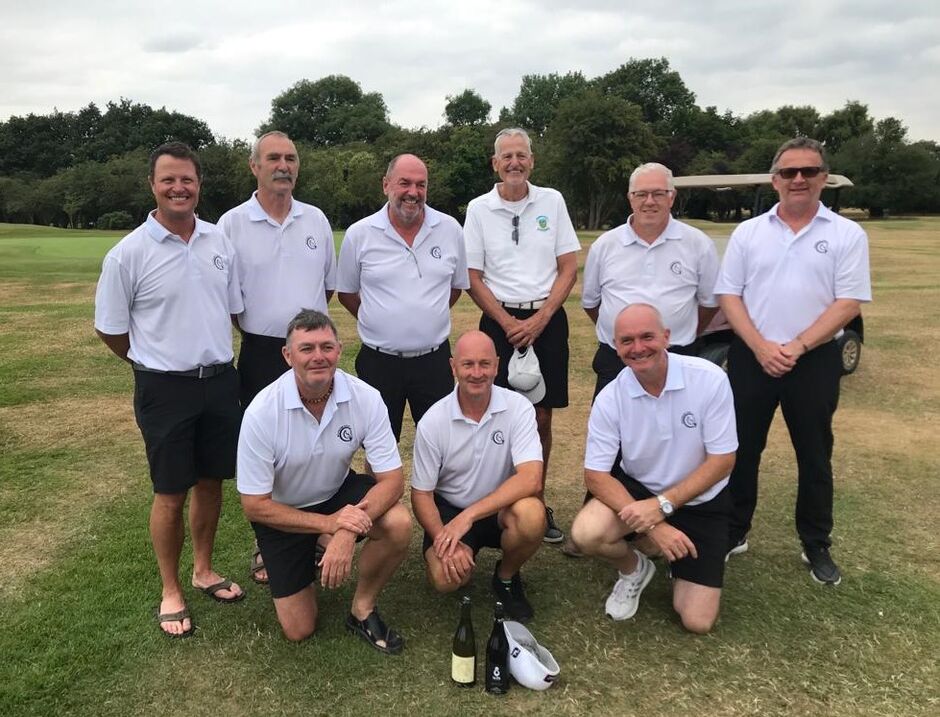 What an amazing result and a brilliant two days for Wiltshire Seniors at Bristol & Clifton!!

In 2021 Wiltshire Seniors won the Channel League for the second time in their history and were runners up to Dorset, at Ferndown, in the SWCGA Seniors Championships.

For 2022 the main ambition for the team was  to go one better in the Regional Seniors Championships and go on to represent the South West Seniors in the England County Finals - a lofty ambition but not impossible.

The format of the 36 hole scratch event is for Counties to enter an eight man squad from which a six man team is selected. The two remaining players then play as individuals.

As luck would have it day one followed the hottest day of the year so far and conditions were far more comfortable. Although B & C have their own bore hole and irrigation covering the whole course the fairways were firm and beginning to turn brown. The greens were also firm and running true, generating some puzzled looks from the players attempting to get the ball in the hole!

The five best scores from the six man team are counted and the target is to have 5 scores in the seventies. Wiltshire missed this target by one score but at days end the team were placed third trailing Cornwall by one shot and Gloucestershire by three. The 72 returned by Jez Tomlinson, making his debut for the Seniors, was the lowest for the team and equalled the best of the day. He was ably supported by Colin and Mike with 75 & 77 respectively.

On day 2 tee the players tee'd off in score order (high to low) based on day 1 results, so it was apparent from very early on that the overall results would probably not be known until the final group holed out on the 18th.

Dave Barbour and Mark Slater were our earlier starters with Dave in with a 78 and Mark a great 73 - both set a great foundation in our quest for the title.

Next home for the team was Mike who added another 73 and with whispers of tales of woe from the other Counties on the course it was obvious that the race for the title was getting closer and closer.

Colin Edwards added a 76 and when Mark Snape came in with his 74 we knew we were going to be mighty close to achieving our ambition.

Cornwall had played themselves out of the running but both Gloucestershire and Dorset were aiming for the top.

Jez, in the final group, was playing with men from each of the top Counties and with the Dorset man, the individual winner Tony Coles scoring 70 against Jez’ 76 it was still difficult to calculate.

As it turned out it was quite enough and a congratulatory handshake from the scorer a short time later confirmed that Wiltshire had won by 7 shots from Dorset.

This is a historic result for the County and an ambition fulfilled. The team are off to represent the South West in the England Golf County Finals at Rothley Park in Leicestershire.

A huge thank you must go to County Senior's Captain Nigel Phillips (Kingsdown) who has worked tirelessly over the past two years to build on the efforts of his predecessors in the role. Thanks and congratulations also go to all the Squad Members for their support, enthusiasm and dedication to the cause - their skill and talent have taken the County into the National arena for the first time.

The County Finals will be held over 3 days between the 4th & 6th October 2022. The link to the results can be found at http://southwest.intelligentgolf.co.uk